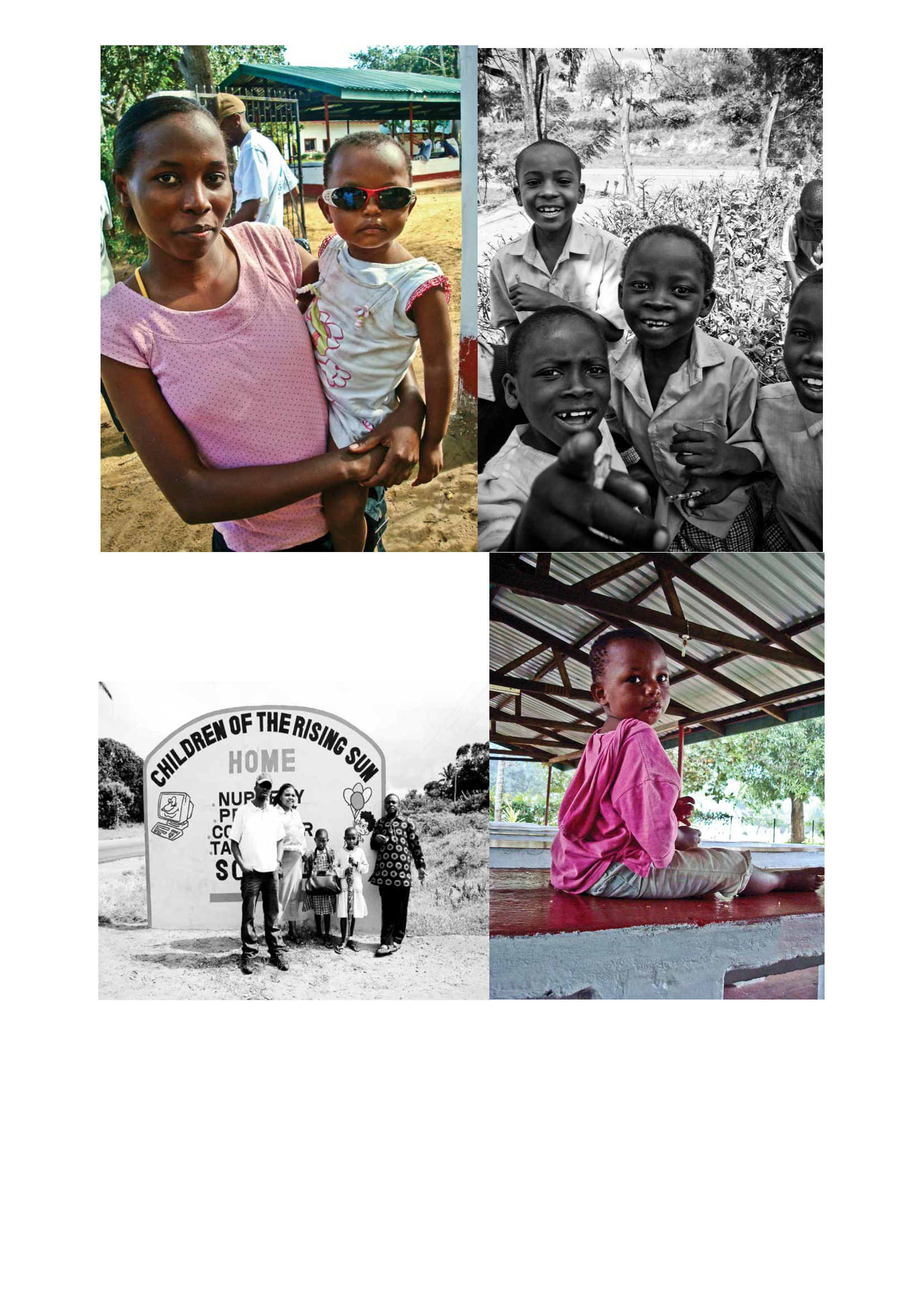 Journey to Africa through the lens of Art Director, Amanda Nelson-Sinagra. Not destined for safari or spa sanctuary, Amanda encountered an Africa very few experience. Her mission to teach art and computer skills to children was beautifully documented on camera. Here’s her story

The weeks leading up to my departure were unsettling. Many of the people I told of my upcoming travels were less than supportive. They could not understand why I would want to travel so far, by myself, to help a community to which I had no ties. I struggled with everyone’s worry and dissatisfaction; however, in my heart, I knew this was something that I had to do, not only for the children, but for me as well.

Since I would be traveling for an extended period of time, I had three large bags to check in, in addition to my backpack and carry-on duffel. One of these bags contained all of the donated materials I had collected from friends and supplies I had purchased for the kids. “Pens, they need lots of pens,” everyone told me.

After a short stay in Nairobi, I left for my first assignment, in Malindi. I was awakened by the sounds of Muslim prayers from the mosque down the road at 4 a.m. After listening in bed until my alarm chimed at 7, I took a cold shower, gobbled up some breakfast, packed up my backpack and took off with George and Joel from Touch Africa. This day would be my first meeting with the children.

We took a tuk tuk to the local BP at the other end of town and jumped on a bus headed to the Children of the Rising Sun School. Anna, the school’s manager, greeted me and filled me in on what I might be doing there. A few minutes into our conversation, two small children approached the office with curious eyes. They came up to us and put out their hands. We greeted them with a cheery “Jambo.” Alice was two-and-a-half and Richard was four, and they quickly became two of my favorites.

Behind the small office and nurse’s room, there were 12 rooms for the main elementary school (grades 1-8) and two smaller buildings for the youngest kids, who were mainly in kindergarten. To the right of the main school was the computer lab that held 22 Mercer computers. The lab was only a year old and smelled almost brand new. Next to the school grounds, separated by a fence, was the orphanage. Though the adults greeted us with handshakes and smiles, these children were a bit shy in the beginning.

The school itself had no electricity other than the computer lab. The windows of the building were actually just holes in the walls and rain would pour in. All of the children walked to school since there were no buses. Some of them lived miles away and would make the journey barefoot. Many didn’t have sandals or shoes.

After a long day at the school, I headed home for dinner. We had chapati, which is a flat bread, along with spiced rice and sauces. It was delicious. I couldn’t wait to learn how to cook it back in the States.

At the school, I helped out in the computer lab repairing and reformatting the computers and assisting the children with computer skills. They were very appreciative of even the simplest things, like learning how to use a computer mouse properly.

My favorite part of the day was eating lunch with the children, who were a continual source of joy and happiness. Their laughter resonated throughout the school, making one forget the hardships their families face on a daily basis. Alice, the little girl I met in the manager’s office on the very first day, made an incredible impact on my life in Malindi. Every morning I was excited to wake up and spend time with her. I felt a very strong emotional connection to her that I’d never experienced before with a child..